In January, the Planning and Zoning Commission reviewed a draft of the revised Thoroughfare Plan. Many residents and neighboring property owners attended the meeting to learn about and discuss the changes. The revised plan incorporates several of the recommendations that were made at the January meeting.

One of the changes proposed in the new plan is the removal of the Adobe Court extension, which connected the south side of Parker Oaks to Bankhead Highway. This was removed to reduce the use of our neighborhoods as cut-throughs, particularly as a detour during high-traffic times.

The use of apps like Waze has helped drivers find alternative routes around traffic, often by using side roads through neighborhoods. In order to keep our neighborhoods safe, Staff’s recommendation is to avoid creating more opportunities for traffic detours when we have the chance.

Along the central business district of Fort Worth Highway and IH-20, the classification of Midway Lane to a collector is among the only major changes. This change is to accommodate the planned redevelopment of the Oykey Corridor, which is expected to begin in the summer of 2017.

The amount of traffic using Midway Lane is expected to increase substantially in the coming years.

The western side of Hudson Oaks, including Splash Kingdom, has a few significant proposed changes. Among them:

The majority of public comments came during the discussion of this portion of the plan. As originally proposed, the alignment of the east-west connection from Centerpoint to Newell was shown to be farther south.

The depth of the lots fronting the interstate, combined with the future land use plan in the City’s Comprehensive Plan, suggest that there will be significant density in this area. An east-west connection that parallels the frontage road will be an important means of maintaining the free flow of traffic, not only for patrons of any retail development along the highway, but for future residents living in the more dense residential developments to the south.

The revisions to the Thoroughfare Plan show the alignment of this road farther north. It is also now in a location that will likely be required as future commercial development occurs.

Another source of concern at the January meeting was the alignment for the extension of the Oakridge Flyover south to Bankhead. At the January meeting, this road was shown to come nearly due-south, bisecting several properties and hitting Bankhead Highway fairly close to Newell. The alignment now more closely resembles the current Thoroughfare Plan, which juts westward at the earliest feasibly opportunity.

The Thoroughfare Plan is used to preserve transportation corridors, not to specify the exact alignment of future roads. The alignments shown on the plan are conceptual, and will be adjusted to fit our needs as (re)development occurs.

The following is an aerial image showing the revisions to the alignments on the proposed Thoroughfare Plan:

← A deeper level of transparency
We're reinventing our website →

More from the Branch Out Blog 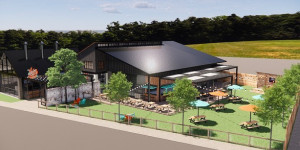 We are excited to announce that Heim BBQ will be opening its 5th location in Hudson Oaks! 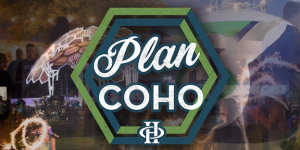 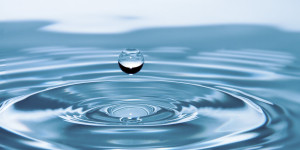 I want to send a quick message out to our community and show my appreciation to the people who stepped up in the middle of the freezing temperature crisis we experienced. 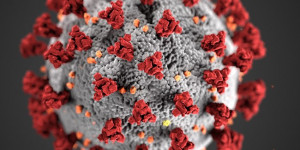 On March 19, 2020, Texas Governor, Greg Abbott, issued an executive order in response to the Coronavirus pandemic

Here in the city of Hudson Oaks, we pride ourselves in our community. Whether you're looking to join our community or you've been here for years, use the form below to let us know if there is anything we can do to make our city better.